Puerto Rico Naval Training Range was located on the island of Vieques, just outside of the main island of Puerto Rico. The training range was used from 1941 until 2003.
The death of David Sanes Rodríguez (19 April 1999), a Navy employee and native of Vieques, became a rallying point for those opposed to the U.S. military presence. Sanes's death sparked a series of civil disobedience protests by residents and activists that culminated in the US Navy abandoning Vieques.(Photo@Jose Jimenez Tirado/Editorial Primera Hora) 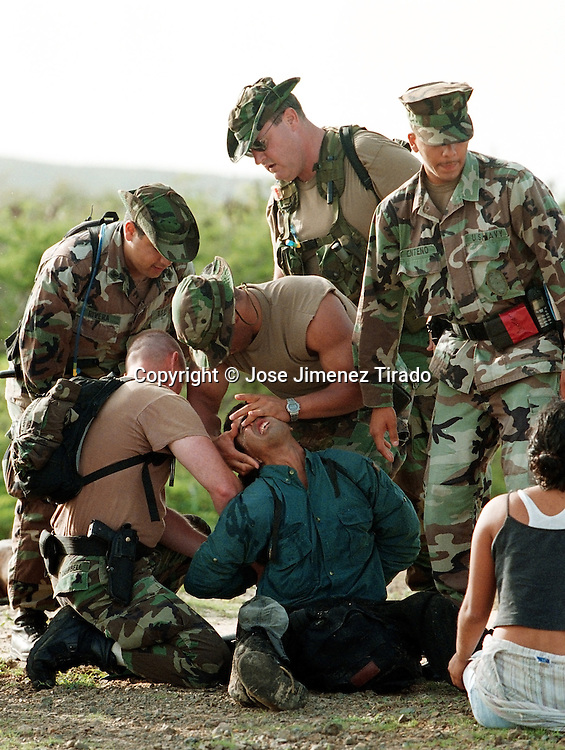